American Blues Hall of Fame artist Monica Dupont, who played alongside ’60’s artists such as Johnny Heartsman, Luther Tucker, Mel Brown, Troyce Key, J.J. Malone, Tom McFarland, Johnny Nitro, California Slim and many others, has this to say about Blue 2 the Bone….
ROCKIN, ULTRA COOL AND WAY TOO SHORT!!!
‘You definitely have a groove going and I would have done a gig with you guys in a heartbeat!
Keep it up Shaun!!!’
Praise indeed!. Monica became friends with Howlin’ Wolf and his band, Buddy Guy, A.C. Reed, Albert King, James Cotton, Booker T & the MGs, Paul Butterfield band, and J.B Hutto. During her LA days she hung out with David Crosby, Jim Morrison, Jimi Hendrix and was the girl friend of Taj Mahal for a short time. Bugsy Maugh, called her, “Sunshine”, Mike Bloomfield “Brigitte Bardot Jr.” and best of all, Eric Clapton “The Big German”, although in fact she was born in Gothenburg in Sweden.

Blue 2 The Bone are a Blues and Blues rock band that play an eclectic mix of authentic driven blues covers mixed with their own music.

Our debut EP Down Deep South is now available as a CD directly from us or as a digital download from most major retailers online. If you would like a CD copy the price is £4.99 + P&P – contact us to order your copy. 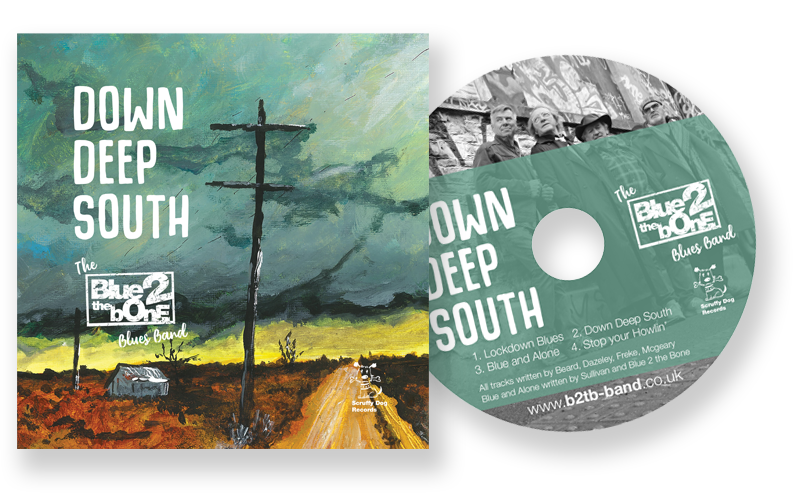 Here’s a small sample of our music.

A selection of our mp3’s

Crossroads performed by Blue 2 The Bone

The thrill is gone performed by Blue 2 The Bone

Blue 2 the bone is a contemporary blues based rock enthused band offering a mix of old covers and new self written blues tracks.

Set against the backdrop of an American Delta blues culture that emanated out of the Mississippi Delta in the ‘20’s and ‘30’s, Blue 2 the bone has added a new flavor that will appeal to anyone who has a heart for Blues.